If you missed it, you can read the story of Bunch Bikes getting ready to be on shark tank here.

My time in the Shark Tank was a blur. Thankfully I had rehearsed the pitch so many times, that I successfully delivered it on auto-pilot without any issue. With the strong start I felt confident to take on whatever the Sharks had to throw at me. Overall the Sharks were really intrigued by the bikes, so the energy in the room was super positive.

I was prepared for Kevin O’Leary to beat me up on the high price of our cargo bikes, but he actually loved that we sold premium bikes with a focus on quality. He was so excited about the bikes that I thought he was going to pull out his wallet and buy one on the spot! (the producers opted to cut most of this out).

Daymond John on the other hand, said that while he would be a customer, he wasn’t comfortable investing in a company selling premium products at a time when so many people are struggling (and he actually did end up ordering a bike!).

When we got into the details on our supply chain, the Sharks had a lot of criticisms. Although we have exclusive distribution rights for our Dutch-made cargo bike, The Coupe, we didn’t yet have exclusive rights from our Asian factory for our other products and the Sharks were worried that it would make our business difficult to protect from competition.

It was a valid point, and although I shared our plans to bring more accessible, lower-priced, custom-designed cargo bikes (like the Bunch Connect) to market in the future, fellow Dallas-area resident Mark Cuban wasn’t confident that we were going to be able to pull it off (time will tell, Mark!)

With 4 of the Sharks “out” it was down to just Barbara Corcoran, who was one of the Sharks that I had been hoping to do a deal with.

I had come into the tank with a conservative valuation, hoping that I wouldn’t have to fight too hard to justify it. But boy was I surprised when she threw out an offer that was so crazy ($250,000 for 40%) that I was left momentarily speechless.

But I knew Barbara was really interested, so I pushed back. She’s an avid-cyclist herself, had invested in other bicycle companies in the past, and she had volunteered to test ride The Original electric cargo bike at the beginning before I could even ask her to.

I countered, but she barely budged and only came down to 33.3%. I knew I wasn’t going to give up more than 20% under any circumstances, so the pressure was on to quickly figure out a way to make the deal a win/win.

I threw out a counter that was a mix of $100,000 equity investment and a $150,000 line of credit. It was supposed to be the other way around, but my words got mixed up under pressure, and once the offer was on the table, I didn’t dare change it, for fear of how the other "Sharks" would react.

While it wasn’t the valuation I had initially hoped for, I didn’t want to leave the Tank empty-handed, and after a little back and forth, Barbara and I made a deal, and did some air high-fives. We are so excited to have her on board!

Robert became a customer in 2020, before I ever auditioned for the show. He had seen a family on a Bunch Bike ride past his house, and instantly knew that it was going to be the perfect way to bike with his kids. Robert and Kym Herjavec became enthusiastic customers shortly after, and he gave me advice on how to take Bunch Bikes to the next level.

When the Shark Tank audition process started, I was scared the producers were going to disqualify me after I told them that Robert was a customer. Luckily, they said it wouldn’t be an issue as long as he didn’t appear on my episode. I let Robert know I was going into the Tank and he was rooting me on from behind the scenes.

Robert approached Barbara months after I filmed and offered to split the deal with her 50/50. The first time in Shark Tank history a deal was done with a Shark not on the panel. This was a big surprise that I was more than happy to accept! 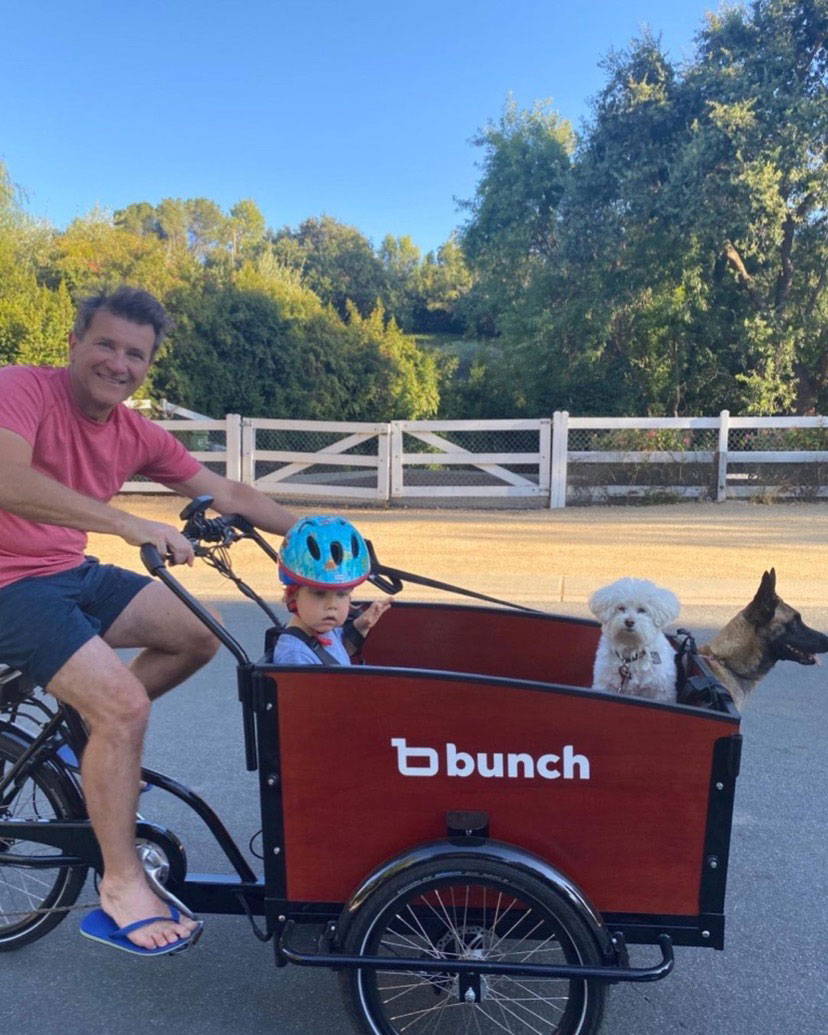 What's Next for Bunch Bikes after Shark Tank

Filming for Shark Tank was the most difficult thing I’ve ever done in my life. The stakes were high because you know that, good or bad, it is something that will follow you around for the rest of your life. While there are some things I wish I had done and said differently on the show, I don’t have any regrets.

As a result of Shark Tank, millions of Americans now know that fun, sustainable transportation options exist for families with young kids. Cargo bikes are one step closer to becoming an essential part of the fabric of American cities, just as they are in Europe.

I set out in 2017 with a dream to share these amazing family cargo bikes with the world, and I am a big step closer to achieving my vision of cities and communities that are more connected, human, and engaging.

I am so excited to have Barbara and Robert coming along for the ride, as we continue our mission of getting more families on bikes! Stay tuned for the next chapter of Bunch Bikes... there are great things yet to come! 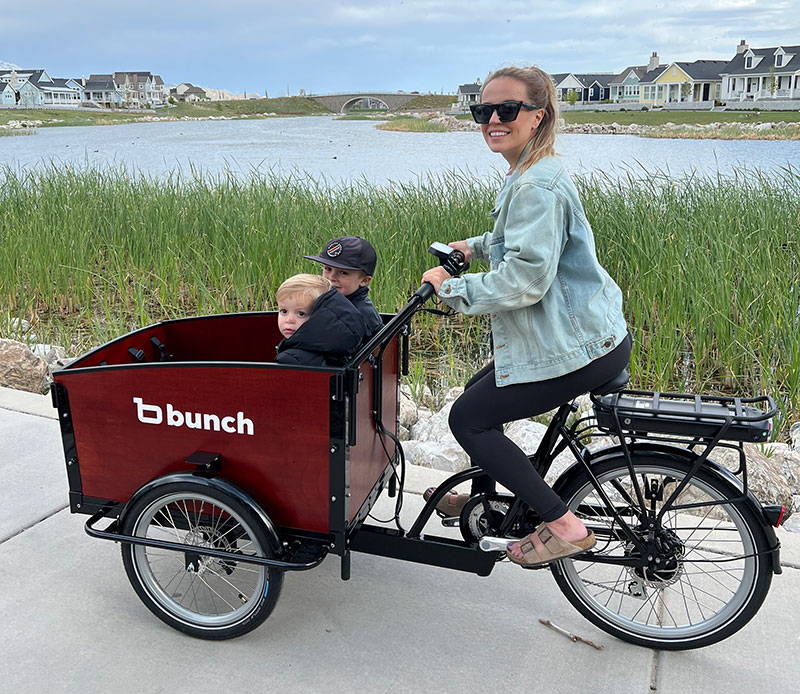 Click to learn about Bunch Bikes or explore all of our electric family cargo bikes.

Questions about our bikes? Reach our incredible customer service team at info@bunchbike.com or call 940-536-0597