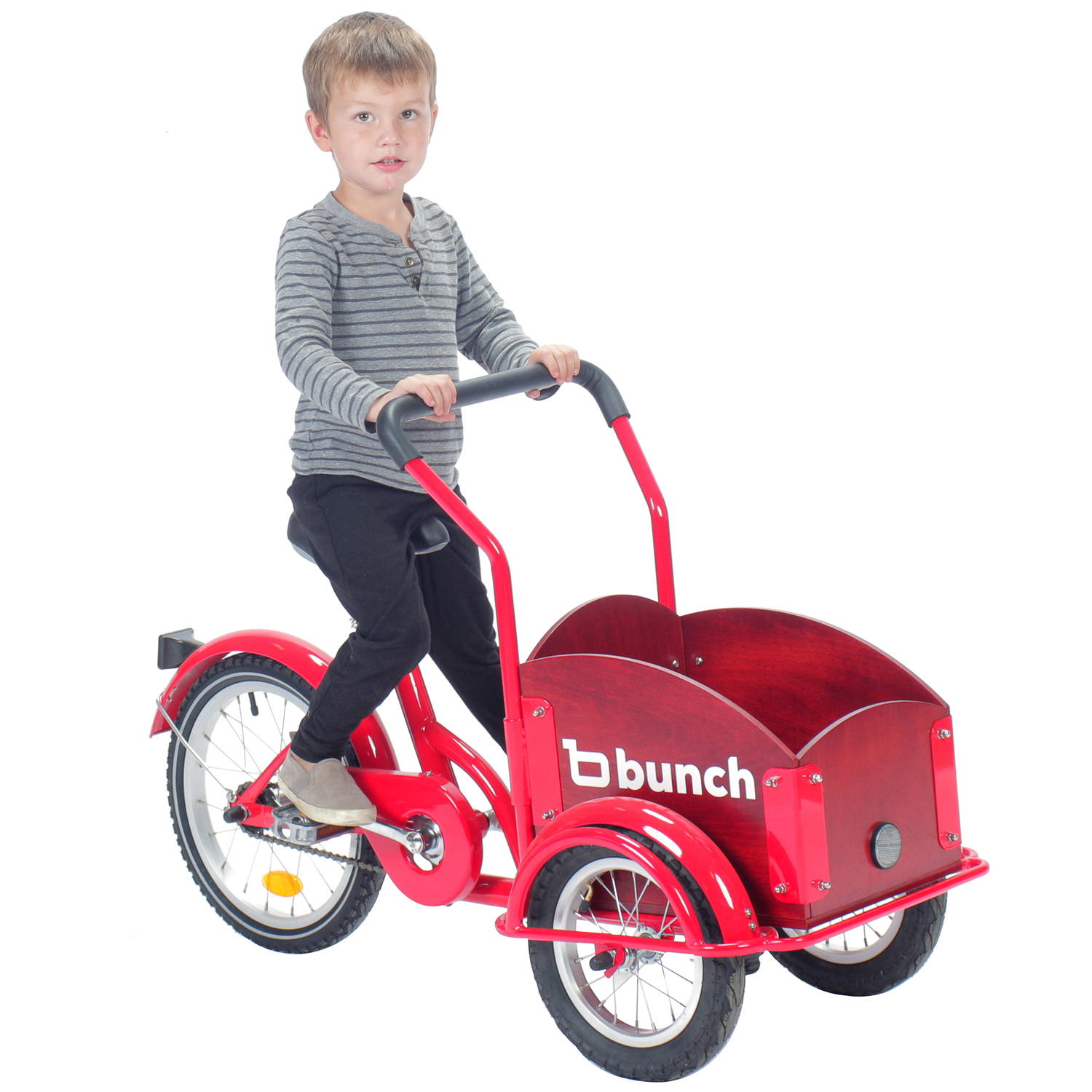 A Unique Gift for Kids and Grandchildren Released for the Holidays

For those searching for that stand out gift for a child aged 4-7 this holiday season, Bunch Bikes is announcing a limited release of The Mini, a miniature version of the company's signature Bunch Bike.

"Now, I've kind of got everybody fighting over it, and I have to set a timer," says Barb Johnson, who bought the bike for her 3 year old granddaughter and 6 year old grandson. "Oh yeah, if they're fighting over it, it's a definite winner," Barb said. "I think it's going to be an item that is gonna be a part of our family for a long time."

Unlike a traditional tricycle, The Mini is designed as a Dutch-style cargo trike. Barb said of her granddaughter, "She got on it and was able to ride it more easily than a tricycle. I think the pedals below you, instead of in front of you, make it easier for little kids developmentally." She noted how quickly the 3 year old picked it up, "She hasn't been able to ride her tricycle yet at all. She couldn't figure out the pedaling, but on the Bunch Bike, on the day we got it she was able to pedal around the driveway and was just thrilled with it."

The Mini – Children's Cargo Bike is available for purchase in 4 fun colors on our website here for $369 USD.

COVERED: wear and tear of various bicycle components attached to the frame caused by normal recreational riding. Provides additional 3 or 5 years of worry-free ownership, allowing you to ride with the peace of mind that worn out parts will be repaired or replaced.labor is also covered**.